Esra’a Al Shafei: Access to information as a weapon 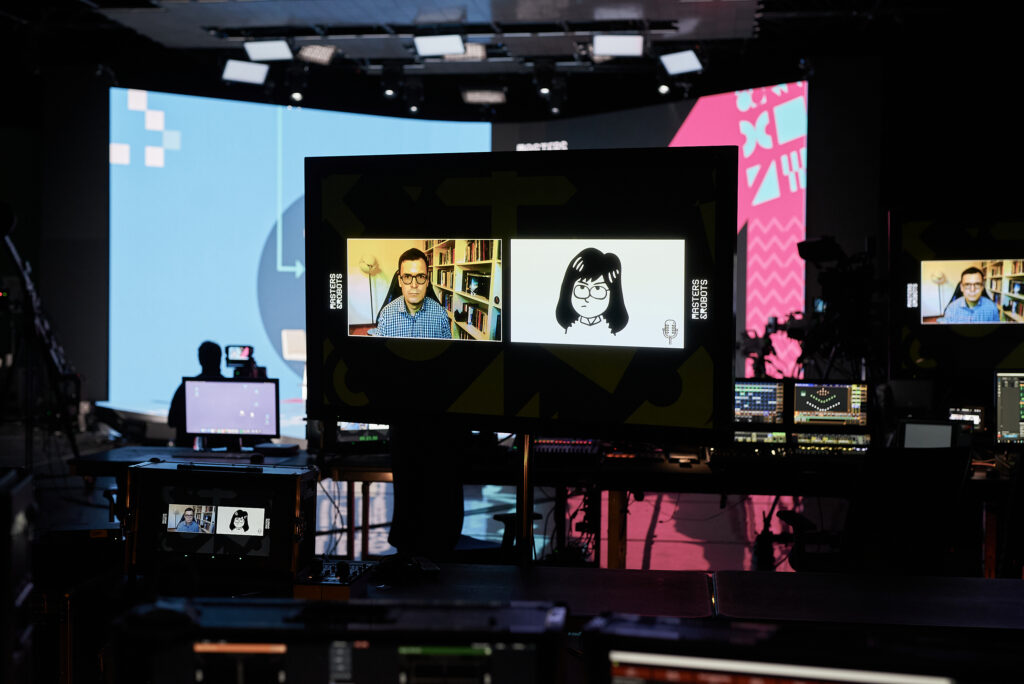 Technology can serve humanity. And it does. However, people effectively “distort” the use of technology so that instead of serving everyone, it is used to empower the few. Totalitarian regimes, extremist circles, but also corporations – still focused only on maximizing profits – are the most powerful recipients of technology today. At the same time, they are the ones who have the greatest influence on the development of technology and on access to it. How can we take care of the democratization of technology and how can we prevent deeper divisions?

Dariusz Jemielniak: Will the Internet make us all free? Will it make democracy grow strong enough to eventually overthrow capitalism?

Esra’a Al Shafei: If you had asked me the same question 15 years ago, I would have answered: yes. Today, however, my answer is: no, which does not mean that it is impossible. However, we have a much more difficult road ahead of us, because we see how many ways – and interest groups set on it – to prevent it.

Dariusz Jemielniak: When you say there are ways to prevent it, do you mean that we as a society have gone about it the wrong way? Or do you mean corporations or specific platforms and technologies that make it more difficult?

Esra’a Al Shafei: Many governments don’t see the Internet as an opportunity to develop, create, innovate or support the economy. Rather, they see it as a threat to their own authority. And this is what many countries have experienced, especially in my region in the Middle East. We’ve seen this in Bahrain, where I’m from, among other places, where the Internet was not taken seriously at first. But then people started using it to hold political rallies. They talked about social and religious issues that were usually not allowed, were taboo topics. And we saw in the Internet an opportunity to finally have the conversations we were not allowed to have. We grew up in this culture of fear, with the normalization of censorship and surveillance. We grew up with one or two main channels of information that were provided to us and interpreted by the government, and there was no way for us to have any kind of interaction, any kind of productive, constructive dialogue. And that’s really the gap that the Internet has filled.

Dariusz Jemielniak: At the same time, it’s a loophole that authoritarian governments see as a threat to…

Esra’a Al Shafei: Yes, that threat for them is anyone who asks questions, who challenges the authority of the government. If this happens online – where people try to be anonymous – governments invest money to find and punish them. And the resources they have for this are unlimited considering, for example, oil-rich countries. Then we are talking about many billions. And when these resources are used to hire – companies, the best in the world, from the US to the UK to Israel – many of these companies make a lot of money working directly with authoritarian regimes. And unfortunately, you can also see what role Big Tech companies have indirectly played in the fight against democracy.

Dariusz Jemielniak: In Poland we have a similar situation. Media pluralism is declining. We spent quite a lot of money on Pegasus surveillance software. So I think this is happening in many countries around the world. What do the corporations think about this? Since governments have already crossed the Rubicon, does that mean corporations are way ahead of them?

Esra’a Al Shafei: Today, there are still many corporations thinking about their bottom line. Society still defines success as power. No one really thinks: what about positive impact? No one goes to shareholder meetings and says: let’s think about our role in history and the impact our product has had. They don’t. Instead, it’s still a slideshow: so many users, so much ad revenue, etc. There are many ways today to encourage people to pay for products. So the incentives we created as a society to reward the right behavior were purely financial.

When people congratulate each other, they do so not because they have made an impact or changed your life. It’s usually because we’ve made so much or so little money. I sold my company to Google, to Facebook, to Twitter, that’s the dream of many young entrepreneurs. So I think this is where we’ve made a mistake as a society, and many of these corporations have made the mistake of continuing this behavior without setting new standards of success.

Dariusz Jemielniak: Yes, what you’re pointing out is capitalism, because people generally seek to multiply their own resources. At the same time, today this primacy of greed is devastating us and contributing to the climate catastrophe. This is all the more dangerous because, technology is a kind of “capitalism on steroids” because it amplifies certain effects, for example, through the bias of AI algorithms. What really concerns me is the ease of spreading disinformation on the Internet through common tools. I am studying disinformation in the area of vaccine information, and what I see is deeply disturbing. The public health consequences of the totalitarian regime’s propaganda and disinformation in this area are basically millions of dead people. So I think it’s on this front that action is needed to effectively fight the big corporations and regimes.

Esra’a Al Shafei: Yes, I completely agree. One of the problems is that many organizations that focus on solving the problem of disinformation, for example, do not have enough resources, and this remains a serious problem. We see how many grassroots organizations dealing with technology, especially after the pandemic, have suffered greatly financially. And it’s paradoxical, because during the pandemic we needed these resources more than ever, because we are all online. Only unfortunately the profiteers are reaping the benefits of the few and the disparity is getting worse.

We saw how the TikTok app grew significantly during this period and few looked at how problematic their privacy policy was. However, it doesn’t matter to people because they are at home, they are bored and they want to use these things. And when was the last time people actually read privacy policies, terms of service for the products they use? And many of the organizations that are building awareness about these things are disappearing because they don’t have the resources to support themselves. So the picture painted before us is somewhat bleak, but that doesn’t mean we should give up. What it does mean, however, is that we should support even more strongly the efforts of the few who are making sure that we are safe, aware of the risks, and that we are moving in the right direction.

PrevPreviousPeter Diamandis: The Future begins right now
We use cookies to ensure that we give you the best experience on our website. Ok