How disruption is redefining leadership 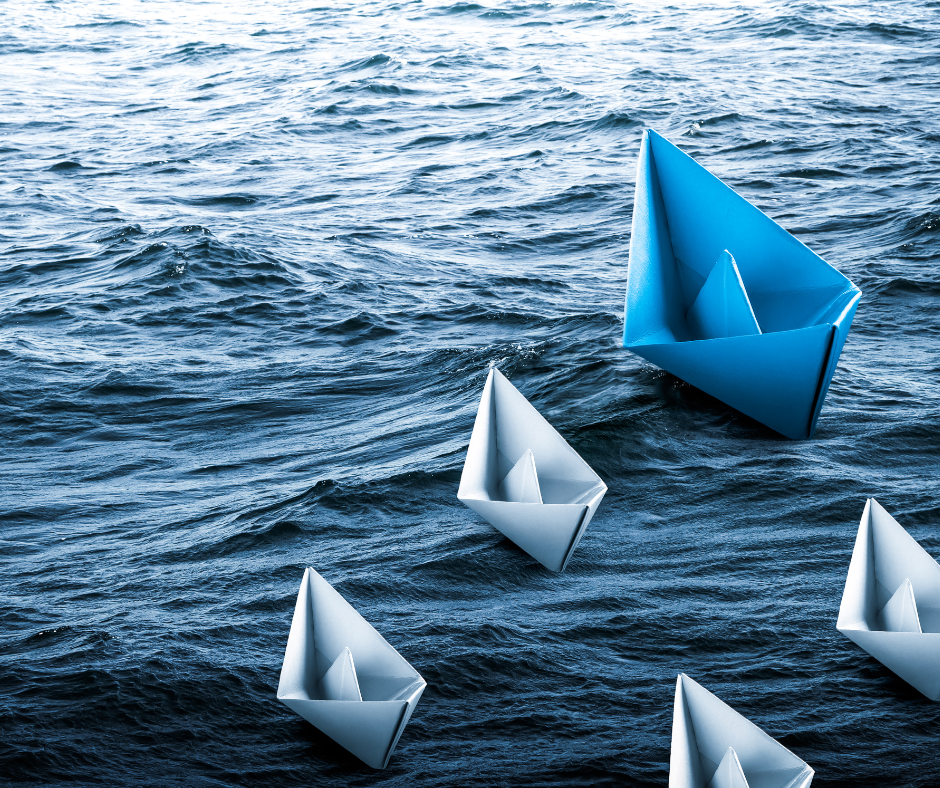 We need a new form of leadership that’s better able to deal with the disruption we’re experiencing at many levels. But what kind of leadership should that be? Let’s dive into this topic with industry guru Seth Godin.

We’re living in a revolution. The “normal” as we knew it no longer exists. Disruption is all around us, driven by outside forces such as the pandemic, financial crises and The Great Reshuffle. Some companies have found their way through these intersecting changes, but at the same time, many leaders are struggling to do their jobs.

Market research confirms this. A recent study by Harvard Business Review Analytic Services examined how 1,890 senior executives worldwide rate their company’s ability to manage disruption. The results show that only 15% of respondents feel their leadership team is “fit to manage future disruption” The main reasons cited were a lack of vision or a lack of acceptance and resistance to change in their companies.

Why is this? Many leaders feel unable to decide how to respond to disruption and don’t know where to focus their efforts. They’ve no idea how to operate in a new work environment, forced in part by the pandemic and changes in the labor market. Technological advances, globalization and demographic shifts are also making “old” work and business models unfit for the new reality. Disruptive innovations such as 3D printing, augmented reality or passwordless authentication are changing the rules of the game – and those who adapt too slowly will eventually fail.

Disruptive leadership and changing the game

Take the banking sector. In the 1970s, banks were the first to use computer networks and the internal web. Today, some of them still rely on old IBM mainframes, and many have only recently begun offering digital banking services. Incumbent banks lack the technology, talent and culture to embrace innovation and are resistant to change. Their business models are still based on old revenue streams, and the hierarchical structure slows down any potential change. If they maintain these archaic business models and organizational structures, they’ll soon no longer be able to compete and attract new customers.

Disruption doesn’t always mean that you, as the leader, have to react to it. You can be the one to change the game.

When Alexander Graham Bell invented the telephone, he and his cohorts offered to sell the patents to Western Union. The company, a world leader in communications and telegraph services, turned Bell down because an internal committee had called Bell’s invention “idiotic.” And while the telephone remains one of the most valuable inventions in history, Western Union lost its market advantage. Today, the company helps send and receive money around the world. Not bad, right? But imagine what could’ve happened if they’d said “yes” to Bell.

Seth Godin and accepting the responsibility

You don’t have to be like the executives at Western Union. You can be the game changer and lead your employees through disruption following the steps suggested by Seth Godin. Godin is a living marketing and entrepreneurial legend, author of 19 best-selling books and one of the most popular blogs in the world. He’ll also be a guest speaker at the Masters&Robots 2022 conference.

According to Godin, the first step to change is to accept or reject your own responsibility for change. You’ve to ask yourself, “What problem do I want to solve?” “What’s the solution?” “Am I willing to do this?”

If the answer to the last question is “no,” it means you accept that you’ll not be the one to change the game. If the answer is “yes,” then you’re taking charge and jumping on the change bandwagon. “Leadership is the idea of finding and solving problems. And one of the definitions of a problem is that it’s solvable. If it’s not solvable, it’s not a problem – it’s a reality,” Godin says.

Management vs. leadership by Godin

According to his theory, the moment you decide to take responsibility for changing the game is the moment you decide to lead – not just manage. Godin makes a clear distinction between the two: Managers use their authority to tell others what to do. Leaders find problems and develop solutions, and they inspire others to follow them of their own free will.

Of course, every decision involves some risk. If you commit to changing the game, you and your company can succeed or fail. If you turn down the opportunity, you may keep a safe seat, but you also risk being left behind.

If you choose the first option, you must meet a few conditions. Godin lists them:

Godin distinguishes between responsibility and authority. Authority is something given; responsibility is our choice. When you take responsibility for change in your organization, you can do almost anything you want – even if you feel you don’t have “permission” from the board, your peers, or your superiors.

In terms of willingness to take risks, Godin reiterates the difference between management and leadership. Leadership is about embracing the unknown – and accepting that sometimes you may fail. But that doesn’t mean you can’t get ahead: you lose, you get up, you fail better. And then you try again, because, as Godin says, “if failure isn’t an option, then neither is success.”

And to realize that change is incremental, you’ve to understand that you never accomplish anything with one big step. It’s a process of taking many small steps to find out what works and what doesn’t. These are gradual changes that push to move forward and lead to eventual transformation.

Empathy as a crucial leadership skill

Godin emphasizes that a leader’s job is to connect and challenge people, to build and communicate a culture. “Leaders have followers, managers have employees. Leaders solve interesting problems, even if they’re not on the agenda. Managers are slaves to the agenda. And when the world changes, management always fails because we don’t know how to move forward,” he says.

Leading through disruption means building trust and relationships and understanding others. Empathy and emotional intelligence are critical, especially in today’s busy work environment.

Recent research has shown that empathy is the most important leadership skill that contributes to employee engagement, better work-life balance and innovation. According to a study by Catalyst, employees who said their leaders were empathetic were more likely to report being able to innovate – 61% of employees compared to only 13% of employees with less empathetic leaders. They also felt more engaged and were less likely to think about leaving their company.

Communication is also important. Leaders mustn’t only communicate their strategic vision, but also ensure that their message is widely understood to encourage people to embark on the journey. Again, as Godin notes, “You can’t be a leader without a tribe” – and only if you’re honest and transparent with people will they follow you. “As a leader, you’re in a unique and privileged position to determine our future by choosing to change the game. Decide to take responsibility, take risks and make small steps. Decide to play the game and remember that if you fail, you can play again tomorrow.”

Seth Godin is a guest speaker at the 2022 Masters&Robots Conference and will be speaking on the topic of “Leading through Disruption.” Listen to his talk and secure your seat now. Tickets are available here.

PrevPreviousInnovation can be learned
NextWhere You Should Look to Actually See Disruption ComingNext
We use cookies to ensure that we give you the best experience on our website. Ok