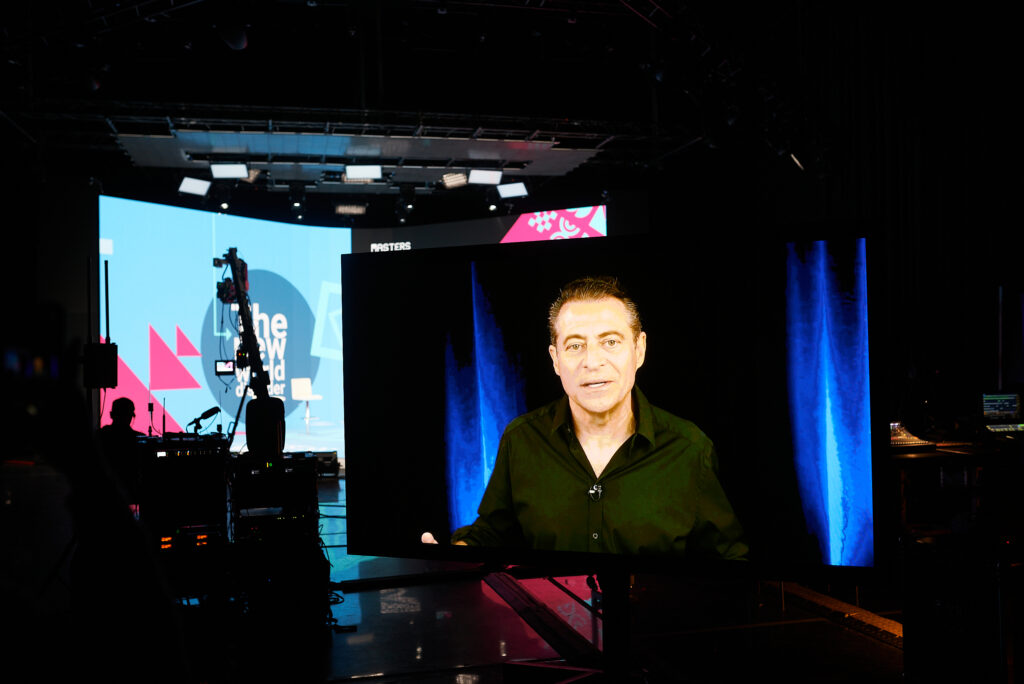 Founder and executive chairman of the XPRIZE Foundation, executive founder of Singularity Group

Evolution has already become a tangible process, available at our fingertips. The continuity of change forces people to constantly notice and adapt to new circumstances. What is new becomes real almost immediately, rather than – as just a few decades ago – coming to fruition over the course of years. The future is no longer an indicator of time, it has become synonymous with achievements and new technologies that raise the standard of human life and business every day. To understand this you need exponential thinking.

The human brain consists of more than 100 billion synaptic connections, whose overriding task is to adapt life to the new world and the changes occurring in it. Until recently, this process was not very demanding. It ran in a linear fashion and thus gave room for peaceful adaptation. The pace of development of new technologies has contributed to a change from a linear system to an exponential one, requiring a doubling of the speed and volume of content assimilated by the brain, and thus by humans.

Naturally, despite the ever-increasing computing power of computers and the sophistication of artificial intelligence, human beings are unlikely to immediately change the way they perceive the world, which generates a kind of dissonance between linear thinking and the exponential development of technology. This is a critical turning point at which the question of the future of human beings and the activities they carry out must be raised.

The development of new technologies and artificial intelligence enables people to use ever faster computers, which, while having much greater capabilities, are becoming cheaper, making them affordable for more and more people. In addition, AI, VR or AR network sensors are increasingly being used in everyday life. However, the isolated use of new technologies will not change much. The future of our business operations will be determined by the evolving models and ecosystems that will emerge from the combination of available technologies.

Therefore, it is up to human beings to enter the process of transformation, embrace the changes that follow developments and adapt their business activities to the requirements of the future. This is extremely important, because by the end of the decade we will be faced with two types of companies – those that will take full advantage of artificial intelligence and development, and those that will permanently disappear from the market. That’s why I pose the question to entrepreneurs today – what technologies do you choose for yourself, and how will you use new business models to reinvent your business and your industry?

We live in a time when a business idea quickly turns into a venture worth millions. The intimidating number of emerging institutions and companies in the market gives rise to the question of what should matter most to their leaders. Rightly noted by Elon Musk in stating that it is attitude. It is vitally important for managers to properly shape their attitudes and mindsets.

Today it no longer matters to aim for 10% growth in company turnover, this one should be exponential growth. That’s why CEOs and managers should set KPIs for themselves and their employees, leading to increases in company productivity of up to 1000%. Shaping the mindset of leaders is halfway to a company’s success. Therefore, managers should build their business strategies in such a way that they aim for abundance and exponential growth with their mindset. And while each of these concepts may seem a bit abstract, together they form a ready recipe “for the business of the future.”

Technology is the answer to resource finiteness

To talk about abundance, it is necessary to understand that the multiplication of more than just material resources will not be possible without the proper understanding and use of technology. We live in a time when the development of artificial intelligence and technology makes it possible to turn what until recently was considered a rarity into something everyday and widely available. For this to happen, one should not be afraid of the future and change, and use new technologies in the right way.

Until recently, the world massively mined coal as the most popular form of energy resource. This was at the expense of the environment, with irreversible climate change as a consequence. Today, solar energy is increasingly being used for energy production, which is not only harmless, but also cheaper – over the past 10 years, the price of energy produced in this way has fallen by 20% and is still declining. This is an extremely important use of new technologies to produce vital replacements, especially in the face of a more than 17,000-year increase in energy demand. Thus, new technologies make it possible to use renewable energy sources to produce and store essential products, while protecting the environment.

New technologies and developments have also become synonymous with the elixir for longevity. The development of technology and science has allowed the expansion of medical capabilities. Here, examples include the speed of production of mRna vaccines as a response to the COVID-19 epidemic, or the use of CRISPR technology, thanks to which a single injection given to a monkey reduced cholesterol by 60% in a week. The rapid development of technology and its use is the answer to improving the quality and length of human life.

Moreover, the future created by new technologies is proving itself in the exponential growth of almost every business. The constant replication of scientific and technological achievements promotes foresight, which enables not only easier business, but also opens the door to new possibilities, such as determining the protein sequence of an amino acid or diagnosing a brain aneurysm. The future also includes numerous machines, making transportation easier. The iconic flying car from the movie “Back to the Future” has already become a viable device, with smaller counterparts being used today to transport packages.

The future is happening right before our eyes. So in order to take the right course during the exponential pace of change, one must open up to it and stop fearing it. Fear of the new and unknown can lead to a situation like Kodak found itself in years ago. The organization’s leaders aspired to be an icon for “storing memories,” and the narrow-mindedness of their thinking led them to reject Steve Sasson’s invention of the first digital camera prototype in 1975. Today, Kodak is still an icon of traditional photography, but the fear of new technology led to the downfall of a true tycoon. Therefore, instead of being afraid of the digital revolution, people need to start seeing the good things in it and trust the progress. A negative attitude will not make life positive, and the biggest problems in the world are also the biggest opportunities for business.